Group of Artists from Casterton, country Victoria, and further afield in Australia 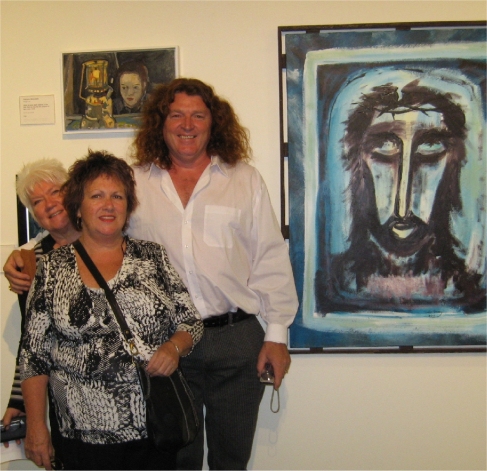 Members of the group recently took up the challenge of interpreting religious aspects in artwork for this year’s South Australian Needham Religious Art Prize. The acquisitive prize drew entries from all around Australia, including from the Casterton district, our home-base.

Chris Brown with her entries into the 2013 Needham Prize

It’s always interesting to see how others tackle a given theme, in style, medium, and translation into visual form.  A wide variety of work was on show, with conservation playing a part, as well as the more traditional connotations of Christianity.  There was much appreciative critiquing and discussion by those of us who attended the opening while mingling and networking with other artists.

Detail of The First Conservationist
woodcut by Jenn White

Although it wasn’t one of our members that took home the prize, we all enjoyed the opening, listening to the judge’s comments on a selection of the entries, and the social aspect of the event.  Wine and nibbles were an added bonus to the evening.

This entry was posted on May 21, 2013 by artistsofthevalleyandgormansartgallerycasterton in Events, News, Works by Members and tagged Needham Religious Art Prize, Painting.

Artists of the Valley, Casterton

Artists of the Valley, Casterton